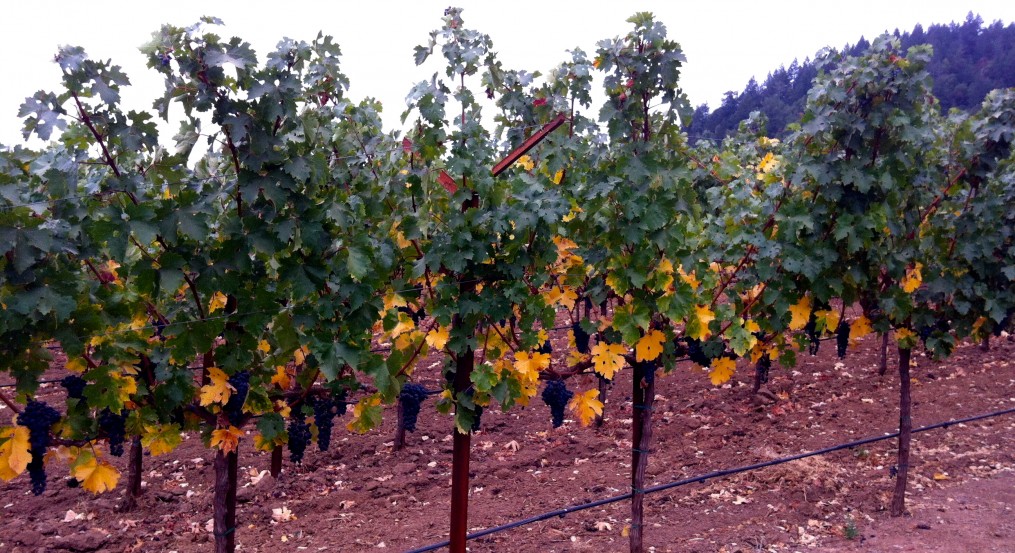 We flew from Melbourne to Adelaide (two hours west) for the second leg of our Australia trip which focused on McLaren Vale.  McLaren Vale has a bit of a surfer vibe being only 15k from the ocean along with expansive rolling hills.  Our first visit there was at Shaw + Smith where we worked our way through a flight of 2015 M3 Chardonnay, 2016 Sauvignon Blanc, 2014 Pinot Noir, and 2014 Shiraz (all from the cool climate of Adelaide Hills).  Restraint and elegance were common threads running through all of them and I particularly liked the Pinot Noir.  Cousins Martin Shaw and Michael Hill Smith MW started the winery in 1989 with Martin making the wine.

That evening, we dined at their cozy Adelaide restaurant, Mother Vine, for dinner where we tried the 2009 M3 Chardonnay which was excellent as well as the 2009 Shiraz.  We also tried the 2014 La Linea Tempranillo which was also very good and unique for the region.  It was in the restaurant’s small but robust cellar that I discovered my new favorite “last dinner” wine: the 2011 Wendouree Cabernet Sauvignon but more on that later.

The next day we set off for Molly Dooker, which has a cultish following among its fans.  These are big, burly wines with high alcohol, huge color and flavor extraction, and bags of character with clever eye-catching labels. Molly Dooker also has one of the most stunning vineyards we saw with the ocean almost visible on a clear day.  My favorites here were the 2014 Blue Eyed Boy and the 2014 Velvet Glove (yes it comes in a velvet bag as well). The Velvet Glove is a hedonistic, densely textured wine with lush flavors of blackberry, licorice, clove, and chocolate.  The overall style of Molly Dooker is a big hit in the U.S. where robust wines like these became popular in the wake of wine critic Robert Parker.  Some of them are too over the top for me, but my palate has mellowed with age so maybe I’m missing something.  Molly Dooker even has a sparkling wine in the Verdelho Girl on the Go with 15% alcohol.  I don’t think I’ve encountered a sparkling wine with such high alcohol but it was well-integrated enough to not be apparent.

Our first evening was spent with Mitolo Wines which was one of my favorites of the trip from the overall perspectives of atmosphere, wine, and food.  Italian varieties are making more of an appearance in parts of Australia and we got to try the 2016 Jester Sangiovese Rosé here as well as several Shiraz and Cabernet Sauvignon blends.  I loved the 2010 Jester Cabernet Sauvignon as well as the fascinating 2007 Serpico Cabernet Sauvignon which was made from 100% dried Cabernet Sauvignon grapes (amarone style) adding a luxurious richness and mouthcoating texture  to the plum, dried herb, and fig flavors.  One of our charming hosts, a vineyard grower, pronounced this wine “Glamour” saying “this wine is a cracker!”  I have to agree with him as it was one of my favorites of the trip.  Incidentally, there were a lot of hilarious “lost in translation” moments between the Aussie accents and ours as well as some different vocabulary choices – make sure you know what people are saying before responding!

The next day we spent a rainy morning and lunch at d’Arenberg with one of the more humorous personalities of the trip, Chester d’Arenberg.  He is the one who walked us into the vineyards amidst pouring rain without batting an eye; his full commitment to winemaking readily apparent.  He said that McLaren Vale has a climate somewhere between that of the North and South Rhone for those of us challenged by southern latitudes.  We tried his well-known 2013 Dead Arm Shiraz, a fabulous sparkling wine called Polly, and an intriguing NV Nostalgia Rare Tawny Port (20.9% alcohol). Made in a semi-solera style (like Sherry) from mostly Grenache, this wine blends those of different ages (from 7 years old to 50 years old) to create the final wine.  This wine was a deep bronze color tasting of roasted walnuts, dried fruit and figs, and toffee butter notes.  He compared McLaren ports to Barossa saying that Barossa Ports tend to be richer, denser, and heavier with more pronounced tannins.  Port-style wines are a popular thing in Australia with many well-made and inexpensive options.

We also tried a Sauternes-style Semillon called the 2015 Noble (10.4% alcohol).  Chester said a Sauternes from Bordeaux would have higher alcohol (around 14%), higher acid, and lower residual sugar (120 g/L versus his 231 g/L).  Residual sugar is the reason these dessert wines taste so sweet but they typically have high enough acidity to balance this out so they don’t taste too cloying. To put the sweetness level in perspective, a dry table wine usually has under 4g/L of sugar.

Our next stop was Yangarra, a beautiful spot with elegant and poised wines.  Their vineyards lie in the most northern part of McLaren Vale where sea breezes and a cooler climate preside.  Two knockout wines of the trip came from here in the 2013 Ironheart Shiraz ($105) and the 2013 High Sands Grenache ($130).  I’m not usually fond of Grenache but this wine was ethereal with tense acidity, red and black fruit, complex spice, and dried herb flavors backed by atypically powerful tannins.

The Ironheart Shiraz was also a blockbuster with poised violet, Asian spice, and stony mineral notes overlaid with fine-grained tannins and a haunting finish.  Neither of these wines are everyday drinkers but in comparison to many Napa Cabernets, the quality is superb at this price point.  Incidentally Jackson Family Wines bought Yangarra in 2012 so you may see more of this brand in the U.S. (brilliant purchase by them).  We ended the night with Pavlova which is a killer dessert made of egg whites with a fruit and lemon center.